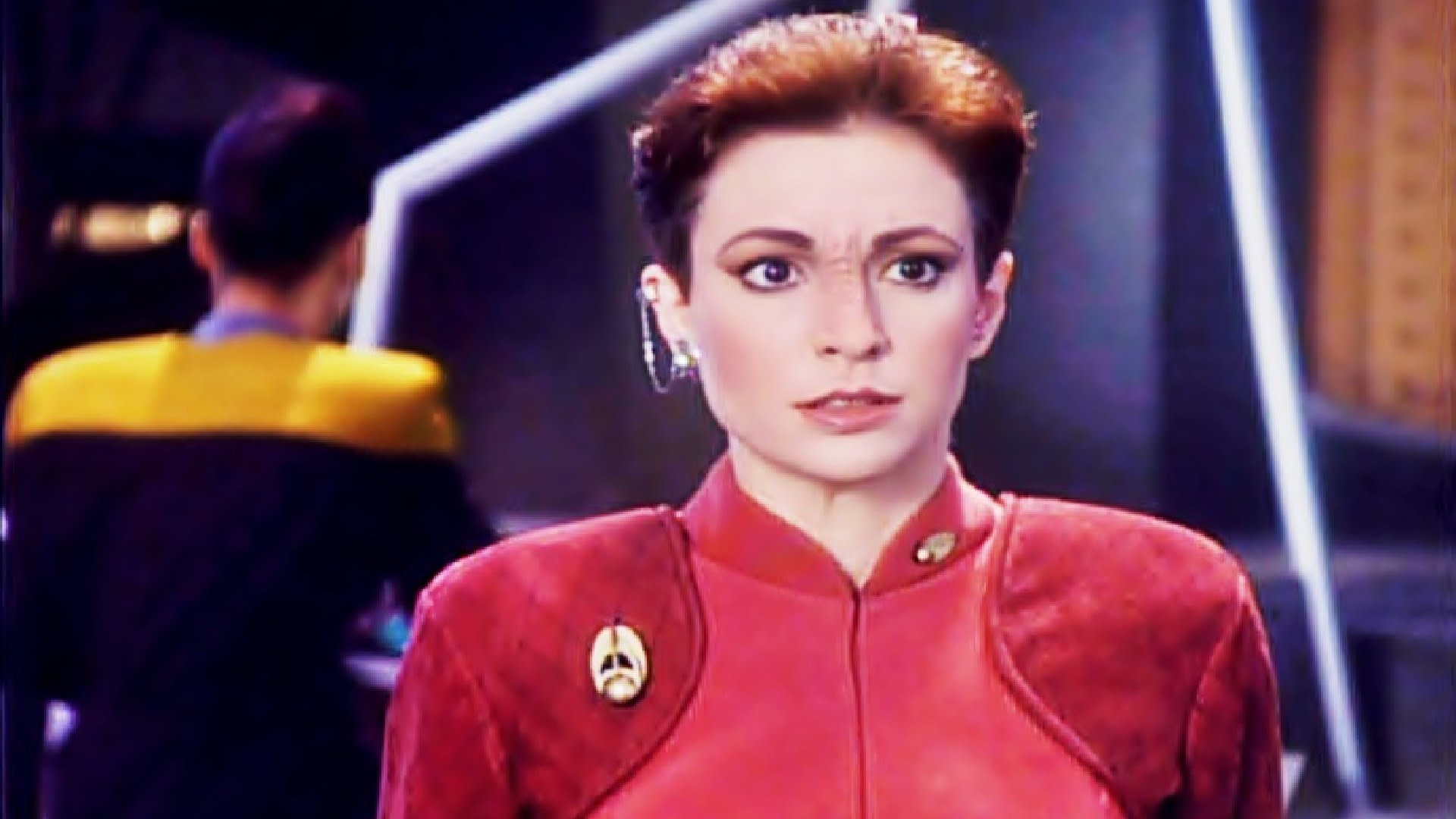 In this review of Star Trek: Deep Space Nine’s “Past Prologue,” Perry and David discuss terrorists and radicalism, Kira’s desire to repatriate her comrade, and Sisko testing her loyalties.

This review of Star Trek: Deep Space Nine’s “Past Prologue” deals with divided loyalties, espionage, and moving beyond a conflicted past.

Perry and David discuss the greater implications of both while also imagining what they would do in these situations.

Perry and David also discuss The Duras Sisters. Made infamous on Star Trek: The Next Generation, these Klingon women return with a new plot to raise money. Their duplicitous nature is on display in full force This episode also features a breakdown of the character Kira Nerys.

Kira’s past comes back to haunt her as she attempts to help another former resistance fighter. Will Kira’s sympathies and past sabotage her future? The hosts also discuss the early 90s. They discuss the Oklahoma City Bombing and the First Attempt to bomb the World Trade Center.

In the end, the hosts open up and request their listeners send in their questions and comments and talk about David’s mispronunciation of famed trek words and phrases.