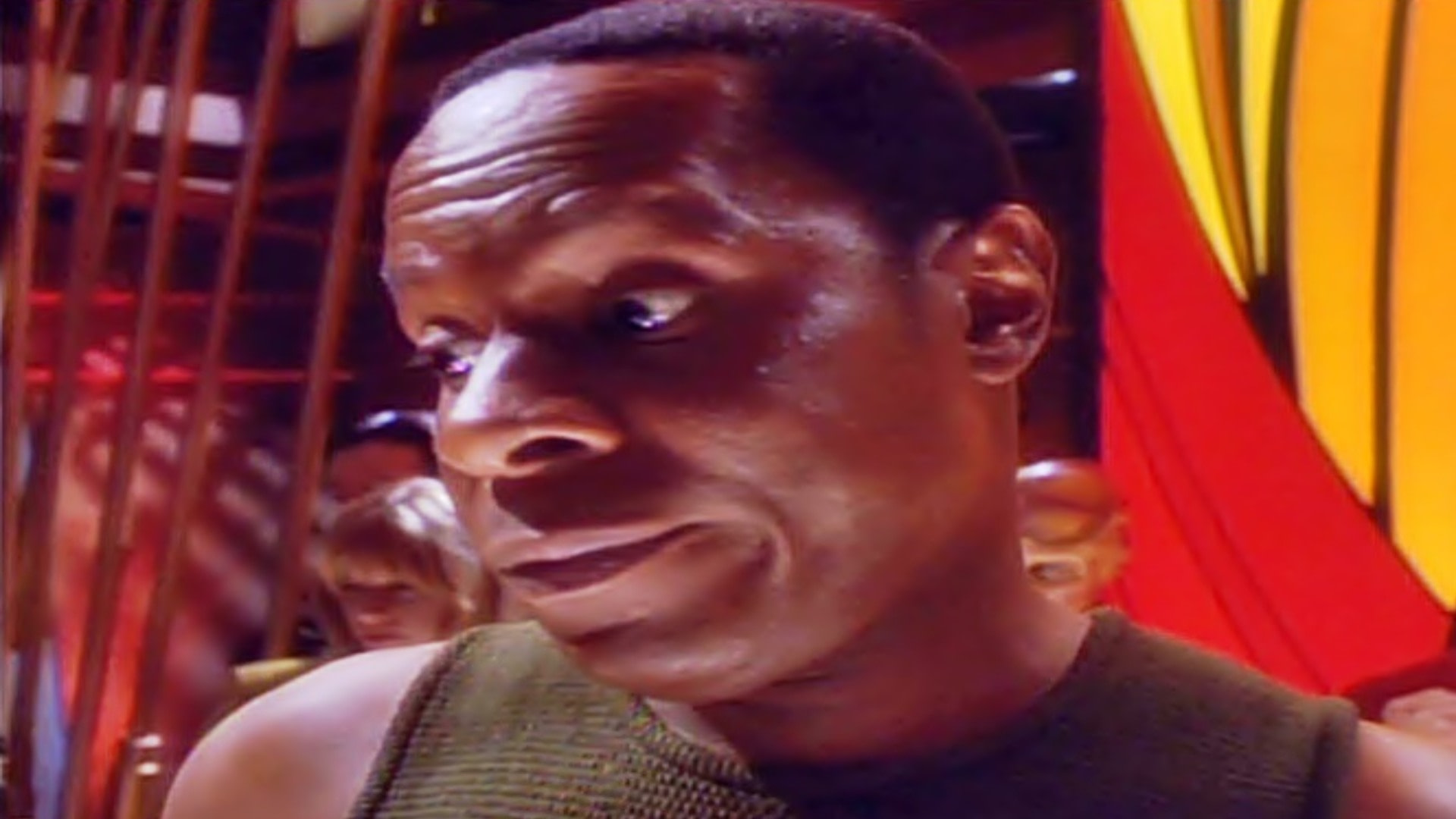 Why a Little Q goes a long way. Perry and David compare Q’s visit to DS9 with his extended stay on The Enterprise in the Deep Space Nine episode Q-Less.


Perry and David discuss the first encounter of the DS9 crew with the enigmatic Q.

Once again we highlight the differences between Sisko and Picard and how they handle this famed alien, and why Sisko’s approach is better or worse than Picard.

Q is seemingly up to his old tricks when he appears on the titular space station. Recognized first by O’Brien, the crew find themselves dealing with the enigmatic entity on their home turf.

Perry and David talk about the similarities and differences between The Enterprise Crew and Sisko’s Team as they attempt to handle Q and unravel the mystery presented in his wake.

Once again Sisko vs. Picard is debated, as is the more hands on approach Sisko takes with Q and his more aggressive stance.

Perry and David discuss highlight performances of the crew, the mystery jewel and how it could possibly tie in to other storylines along the way, and which actors give less than stellar performances.

The Intrigue of Vash is also discussed, what allure she holds for Q and Picard and why Q seems so insistent on having her stay with him.

Our hosts also discuss things they would love to see for the evolving story of DS9, which Easter eggs bring them the most enjoyment when musing over where the show is headed and what they hope we will find out more about as the show progresses.

Finally the lesson Vash potentially learned during her time with Q is debated, whether or not she took the hint and actually went home or gave in to her more adventurous nature and set out for the ruins of Tartaras IV.

Speculation as to whether or not she or Q ever return to DS9 is discussed, and Perry and David talk their favorite final moments of the show.