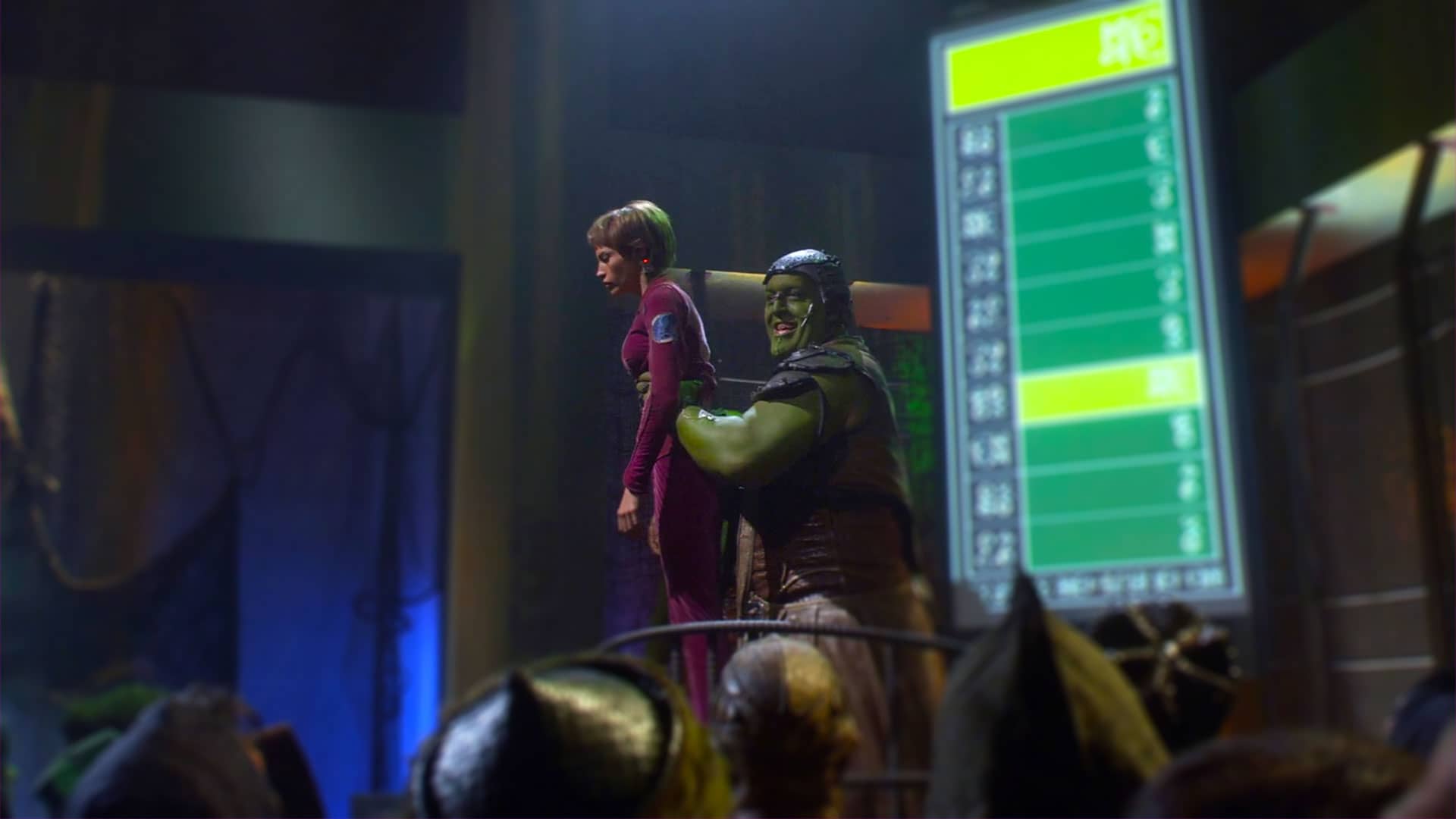 Kyle and Kris discuss the first episode in the Augments arc from Star Trek: Enterprise’s fourth season. They talk about Brent Spiner’s acting, professional wrestling (then and now!), and include droplets from other Star Trek shows along the way.

What is in Episode 35, “Borderland – Full Review”?

The Arc Kicks Off

Kris and Kyle discuss the big 3-5 for Kyle coming soon.

Kyle announces he’s been sober since the New Year.

Kris talks about his Star Trek haul from Amazon he paid with his Tax Return.

Kyle tells of his recent purchase to help his DVD/Blu-Ray collection.

Kris asked that listeners rate the show on their podcast app, as it helps the show get in front of more new listeners.

They next discuss where the Patreon funds go and how it helps with ads on social media.

Kris listed all the benefits of becoming a Patreon supporter of the show, including early access to episodes.

The Jump Around Continues

Kyle tells a quick story about talking to the Patrons. He left the arc out of the post, but Greg had guessed what it was with very little clues.

The decision to cover the arcs in separate episodes rather than lumping them together.

Kris starts to detail the plot and brings up the first cameo from a previous Trek actor, J. G. Hertzler.

This leads into a bit of a tangent about Trek actors coming back to do other roles.

Without fail, it brings up Jeffrey Combs and his definitive Trek character actually being Shran, not Weyoun or Brunt.

Kris segways into the special guest star of the arc, which leads to a brief discussion about the Soong genes.

Kyle gives more moments than scenes that were his favorite. These include the cold open where the Augments take over the Klingon ship, Archer giving the crew their mission brief, and the other special guest star of the episode: The Big Show.

Kris’ scenes were first meeting Arrik Soong, the prison break from the slave market, and Soong and Phlox’s discussion about genetic engineering.

Kyle talks about how he enjoyed that piece of Trek lore coming back. First Contact Day comes up, and Kris mentions that Trekkies won’t push the date back if it doesn’t happen

Kyle’s was The Big Show being angry at how little the crewman that was sold after T’Pol got. He sneaks in another by mentioning the removal of the workers at drydock and the crew’s looks to each other as they left Earth.

Were the Klingons Overused?

Kyle sees the argument being made, but liked that it was something familiar due to the Xindi War.

Kris wanted the big bad to be just strictly the Orions and not both them and the Klingons. Kris takes the Writers’ Room approach and explains it could have been a strictly Orion story.

Kyle thinks it helped the flow while Kris goes back to his adjustment.

Slave Market and the Orions

Kyle was familiar with them, but Kris’ TOS heart was made happy.

Kris gave a brief history lesson about the closing credit scene from TOS.

Kyle loved that we saw more Orions and Broken Bow gets a mention again.

Discovery gets brought up as well with the Orions.

Kyle talks about his love for wrestling and The Rock during the early 2000s and it’s resurgence starting in 2008.

Kris only knows who certain people are, but doesn’t really follow.

Kyle drops some knowledge on the connection between The Big Show and Andre the Giant.

Kyle enjoyed the use of Chris Jericho in the previous Writers’ Room.

All Brent, All the Time

The gents discuss how Spiner’s performances change slightly depending on the character and how they enjoyed the portrayal.

They briefly touch upon his appearance in Star Trek: Picard.

Lore is brought up and the comparison is there, but there are differences as well.

The pair wrap up the first episode of the arc by talking about how unnerving the augments can be because those traits are in us all.