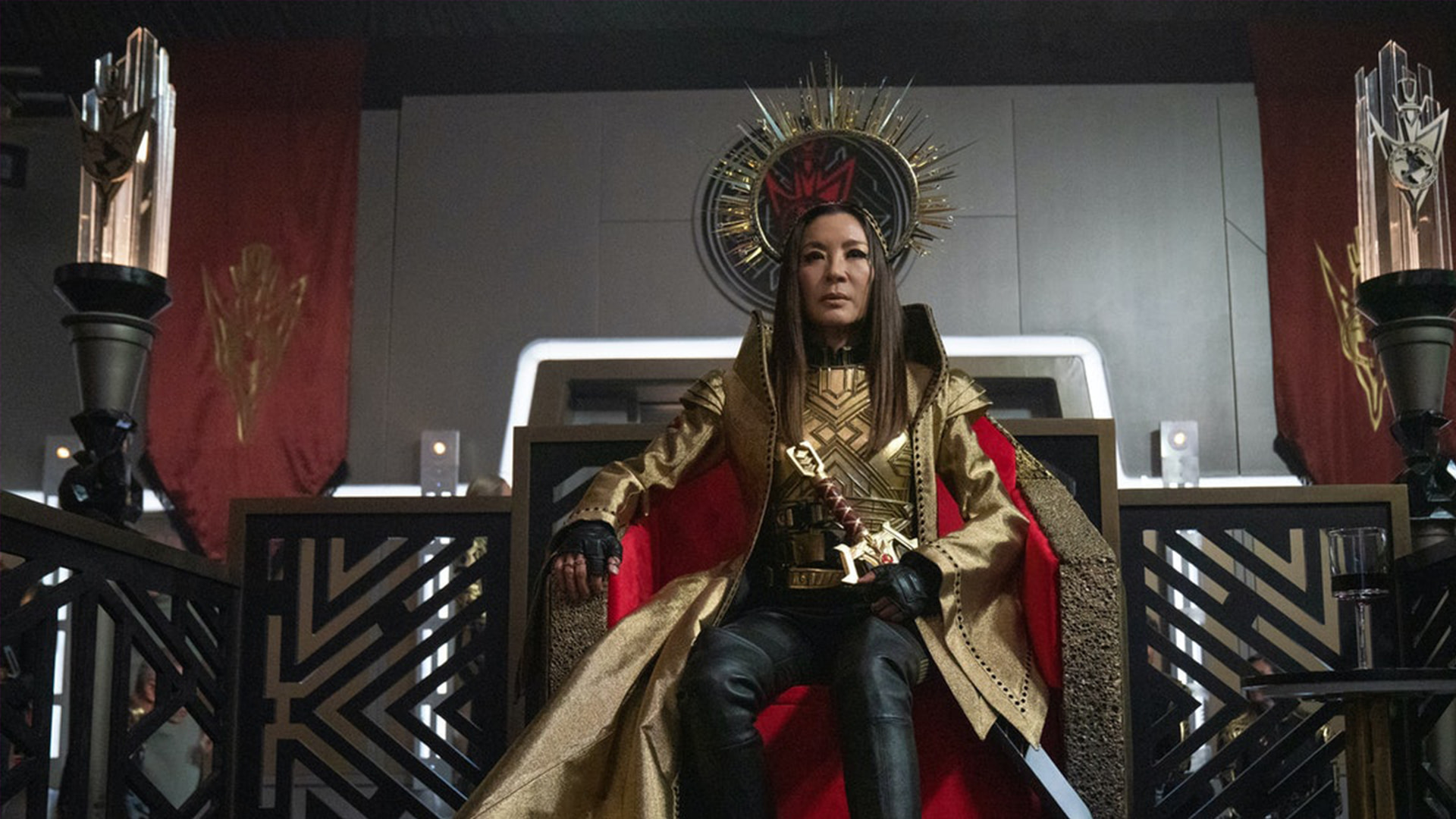 In this episode, Janine Engelbrecht chats about Emperor Georgiou from Star Trek: Discovery once more. She explains what makes Georgiou an intersectional character, and what her character arc reveals about feminism.

Janine explains some arguments made about Emperor Georgiou in academic circles. She then elaborates on what her take on Emperor Georgiou is in this episode. Janine then outlines Georgiou’s character arc that is concluded in Season 3 in Terra Firma.

The Mirror Universe and women

Emperor Georgiou as a Mirror character

Janine goes on to discuss the two-part episode Terra Firma. She explains all the ways in which Mirror Georgiou has changed from the first two seasons of Discovery. Janine touches on how she handles Mirror Burnham and Mirror Saru upon returning to the Mirror Universe.

Janine briefly mentions intersectionality and what the events in Terra Firma reveal about it. She explains how Georgiou employs a more intersectional approach in how she deals with others.

Janine summarises the two main things that allow Emperor Georgiou to move beyond postfeminist femininity. They are her treatment of Others and her status as a mother.

The final thing Janine touches on is Emperor Georgiou’s embodiment of masculinity and femininity. Here Janine recites Georgiou’s title for listeners too.

Janine concludes the discussion by relating Georgiou’s transformation to the current shift in feminism. She also gives a preview of next week’s episode and wraps up.