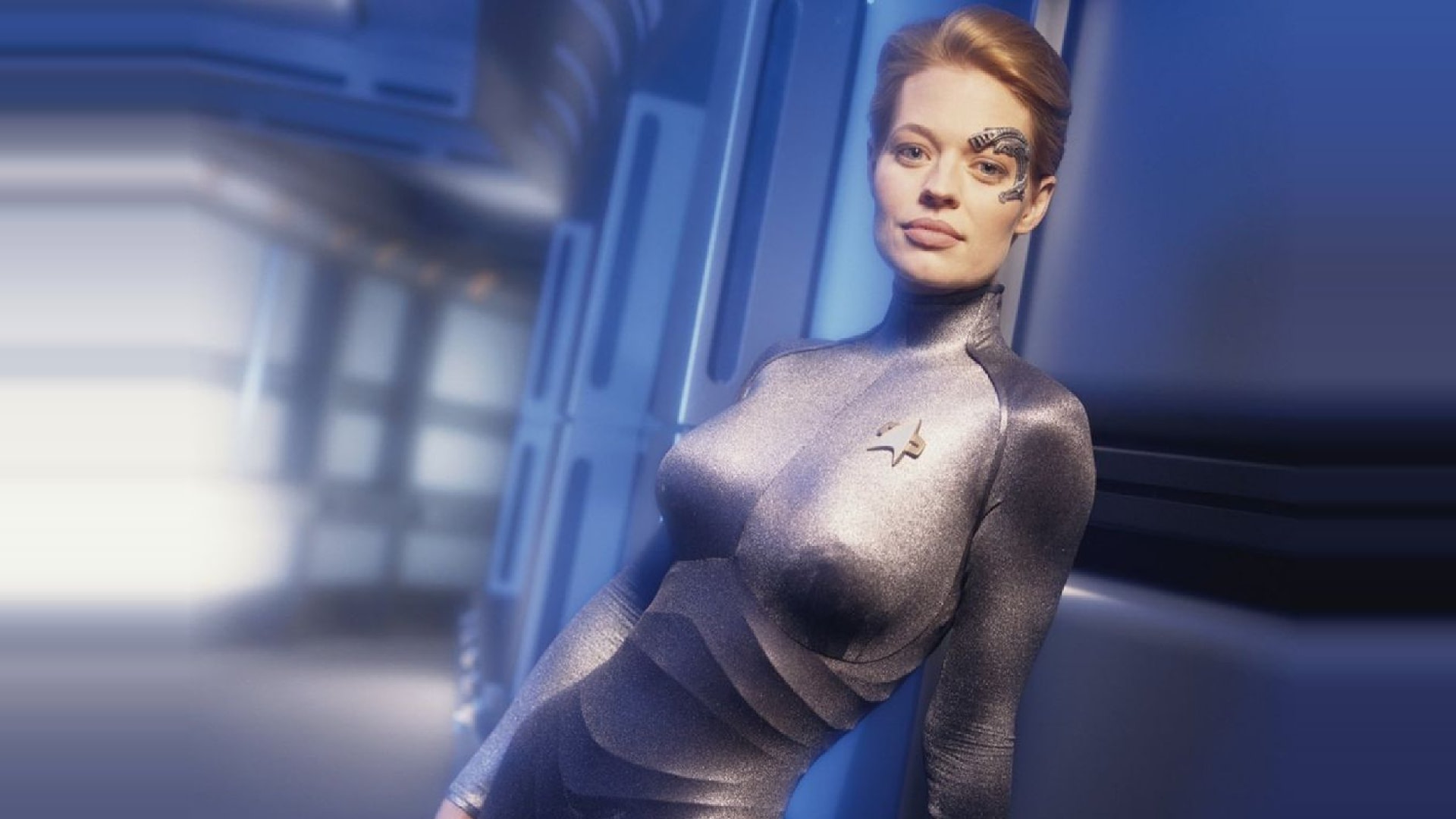 In this episode, Janine Engelbrecht chats about one of her favourite Star Trek characters of all time, Seven of Nine. She discusses Seven’s empowering potential as a female cyborg, but also how she fails as a feminist character.

Janine welcomes listeners back and encourages everyone to subscribe to her podcast.

Janine introduces Seven of Nine and reveals her obsession with Star Trek: Voyager. She explains what made her fall in love with Voyager, Captain Janeway and Seven of Nine.

Janine also gives some background on Seven of Nine and her “journey to humanity”.

Janine introduces cyberfeminism and the female cyborg in academia. She begins by giving some background on cyberfeminism, women and technology. Janine also touches on the notion that women are considered as users of technology and men creators of it. Here Janine also talks a bit about Ada Lovelace, who invented the computer programming language that we use today.

Janine then introduces a seminal text for cyberfeminism, the Cyborg Manifesto by Donna Haraway. She then goes on to explain how Donna Haraway theorised the cyborg and how people have interpreted it.

Janine briefly overviews some of the most significant cyborgs in pop culture. She then explains why Donna Haraway saw the cyborg as subversive. Janine also briefly overviews the history of the female cyborg and traces it back to Maria from Metropolis.

Janine explains how and why Seven of Nine got onto Voyager. Part of this had to do with her sex appeal, Janine explains, although Janine thought Janeway was pretty beautiful too. Janine also touches on the feud between Jeri Ryan and Kate Mulgrew and a few other fun facts about Seven.

Janine talks about Seven’s masculine personality and how this makes her empowered. She touches on some of the ways that Seven subverts feminine stereotypes. The Voyager episode where Seven goes on a date is also recalled by Janine.

Janine continues by explaining how Seven is not interested in relationships. This also makes her quite subversive, Janine argues. Janine also touches on the infamous Janeway/Seven ship and a joke that Neelix makes in the episode 11:59. Here Janine gives her take on the Seven/Chakotay pair up.

Unfortunately, Janine explains, despite all these subversive aspects of Seven, she is still sexualised. Janine explains how Seven’s sexualised body and her skin-tight catsuit undermines her feminism. Here Janine gives a few fun facts about Seven’s sexy outfit. Janine also compares Seven with the 1940s pin-up in American culture.

The final topic Janine discusses is the idea of disembodiment and techno-culture. Janine explains how Seven encourages the idea that the body and mind can be split. The funny episode Body and Soul is the example Janine uses to explain this aspect of Seven.

Janine thanks listeners and gives a preview of what the next episode might be.