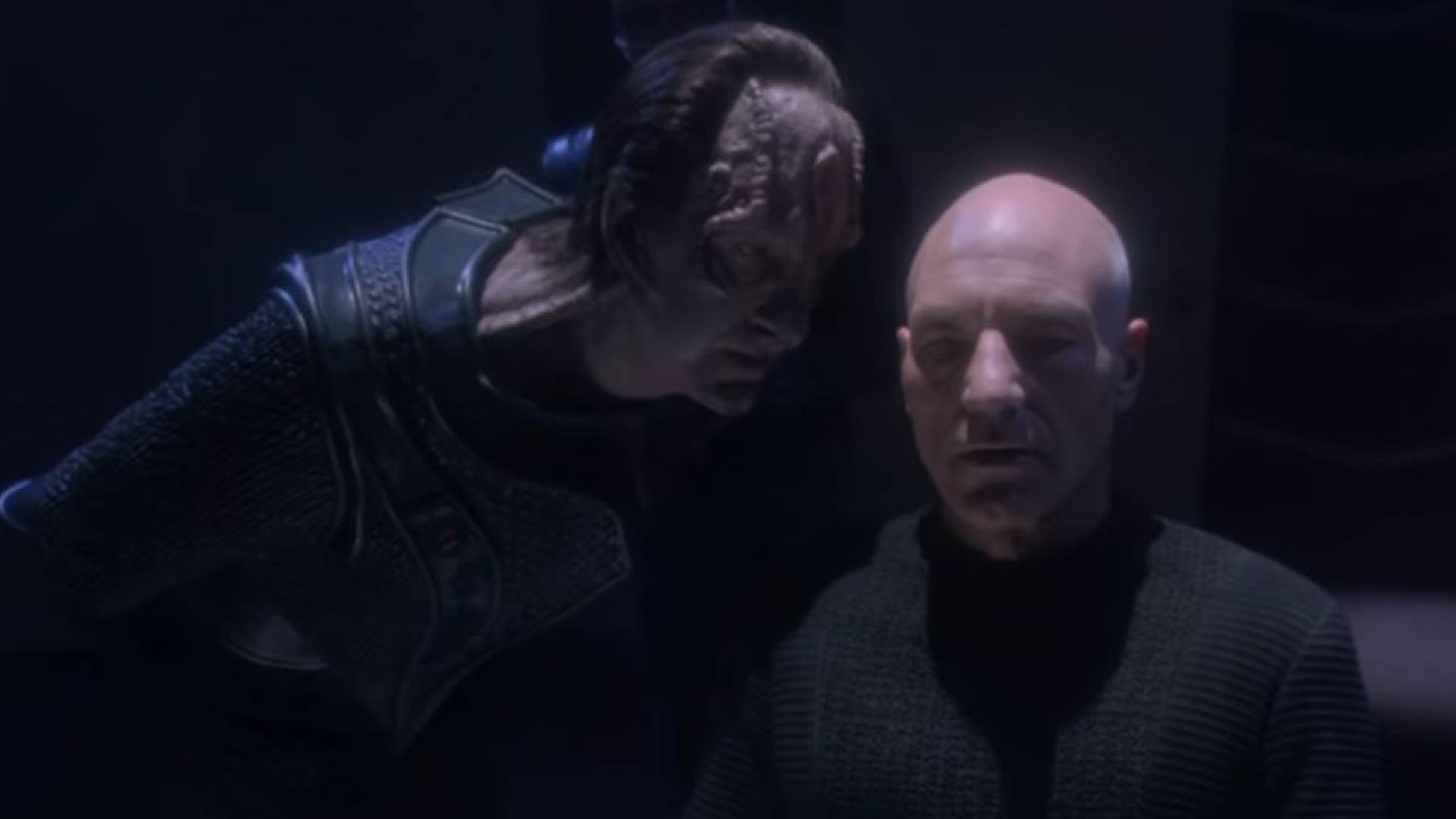 In the eighteenth episode of Beyond Farpoint, Baz and Geoff look at the debut of the Cardassians in The Wounded and Chain of Command and play tribute to David Warner.

Beyond Farpoint
18. There! Are! Four! Lights!


What to expect from episode 18: There! Are! Four! Lights!

Baz and Geoff examine the Cardassian race, talk some of their favourite characters in the Star Trek universe (mostly DS9!) and rank them among the greats like the Klingons, the Romulans and The Borg.

We start with the debut of the Cardassians in season four’s The Wounded, looking at the relationship between Gul Macet and Picard, the mystery of Captain Maxwell’s attacks in Cardassian space and the the focus of O’Brien and his past experiences

There’s plenty to unpack in this epic season six two-parter. The debut of Admiral Nechayev, Picard’s secret mission, the management style of Captain Jellico and the face-off with Gul Lemec.

After paying tribute to the late, great David Warner, Baz and Geoff delve into Picard’s torture and his twisted relationship with Gul Madred, while Jellico and Lemec’s battle of wills and his relationship with Riker, Troi, Data and Geordi provide plenty of great food for thought. They also examine how Chain of Command sets up Star Trek: Deep Space Nine.

Wrapping up their thoughts on the Cardassians, Baz and Geoff confirm that Beyond Farpoint is taking a short break and will be back later in the year with a look back at Star Trek Nemesis on the film’s 20th anniversary.

Beyond Farpoint
18. There! Are! Four! Lights!