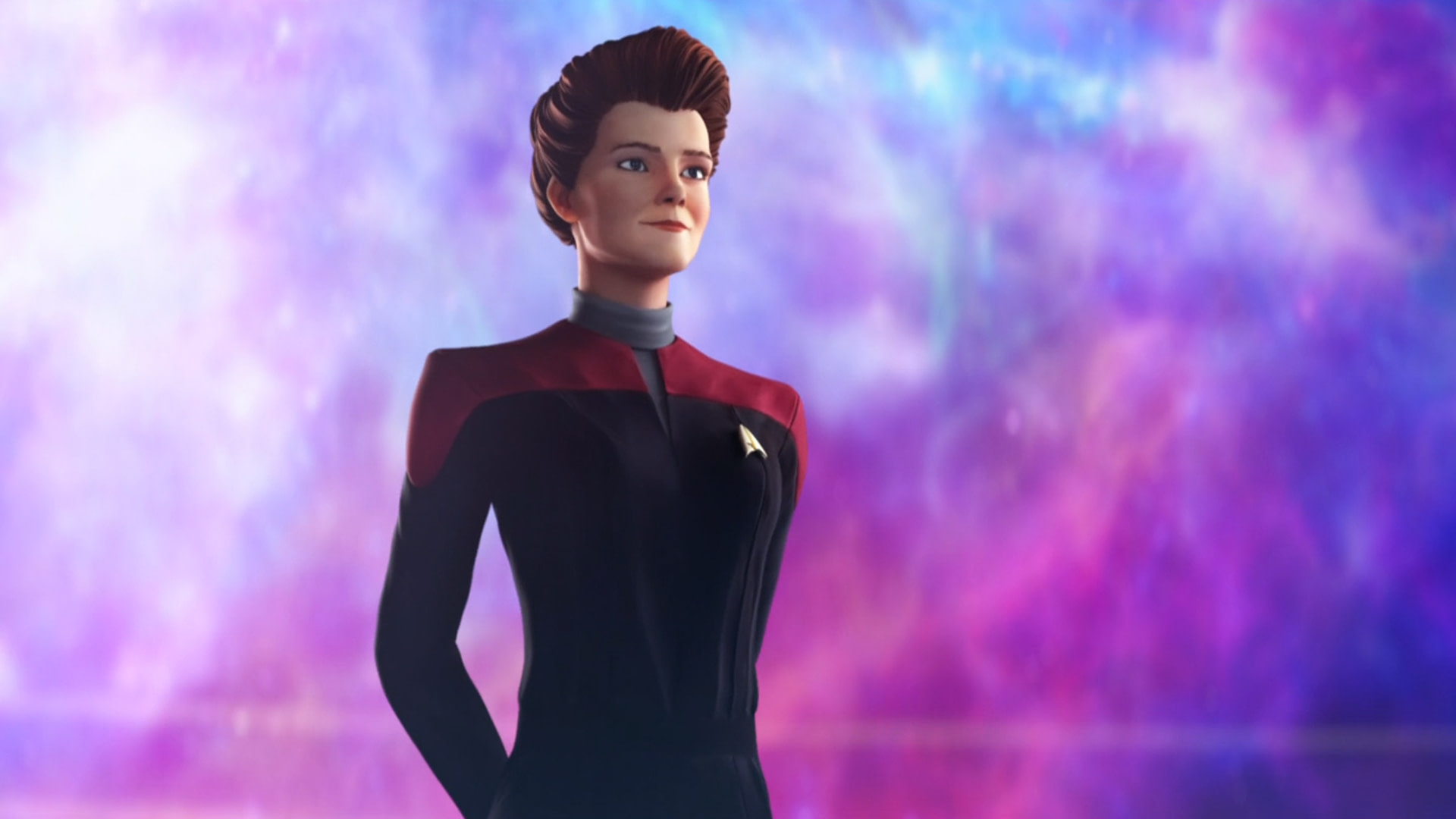 After taking a break from the podcast for a while, Janine returns with an exciting discussion about Captain Janeway to celebrate the release of Star Trek: Prodigy!


What to expect from episode 31: Captain, Oh My Captain Janeway!?

Janine expresses her excitement to be back and gives a short overview of what to expect in this episode. She introduces her topic for today – Captain Janeway – and mentions why Janeway is so close to her heart.

Janine starts off by giving some background on Captain Janeway. She also mentions the significance of Janeway as the first female captain in Star Trek. Janine then gives a broad overview of feminism’s timeline. She then situates Janeway within second wave feminism.

Before getting into the discussion, Janine gives some background on second wave feminism. She touches on Simone de Beauvoir’s book called The Second Sex in Europe. Janine then goes into Betty Friedan’s text, The Feminine Mystique, which deals with the housewife problem.

Janeway as a career woman

The first aspect of Janeway as a second wave feminist Janine then explores is Janeway as a career woman. She jokes around a bit about Janeway’s inability to do basic household tasks, like cooking. Janine also recalls what Kate Mulgrew said about Janeway’s choice not to have a family and children of her own.

Cultural feminism and Janeway as a mother

The next point of discussion is Janeway as a mother figure. Janine chats a bit about how cultural feminism and how it views motherhood. She then mentions the encounter between Q and Janeway and how Q sees her as the ideal mother.

Janine then moves on to briefly discuss Janeway’s androgyny. She mentions Janeway’s unisex Starfleet outfit and Janeway’s hair. Janine also touches on Janeway as a scientist and her tomboyish look compared to Seven of Nine.

Janine thanks listeners and reminds listeners to subscribe to her YouTube channel and reach out on Patreon. She also speculates a bit about Janeway’s trajectory in Star Trek: Prodigy.