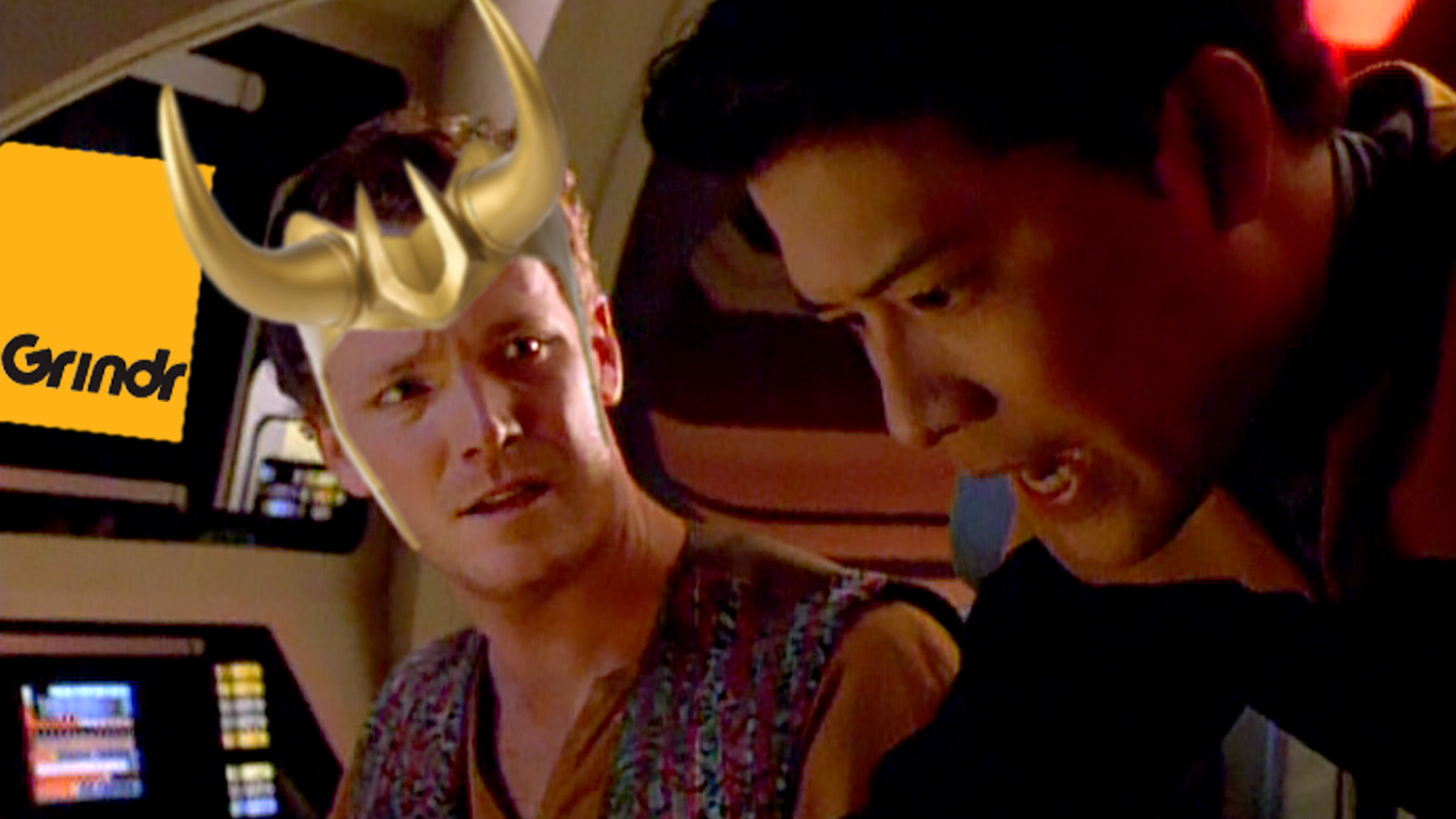 “Non-Sequitur” What better way to celebrate a boring episode, than with a guest! Liam and Suzanne are joined by Starfleet Boy (Sohail), as they talk about homosexual Pon Farr, the God that is Danny Byrd, and put on drunk offensive Italian accents.

Liam and Suzane talk about this season 2 Harry Kim snore-fest with Sohail aka Starfleet Boy! Harry is in a different timeline because of some space-something that happened that no one cares about.

We welcome Sohail to the show, talk about Grindr and phallic body parts. I mean, what’s new? Liam has already drunk half a bottle of red at this point.

Oh, boy. See if you can hear Suzanne purr like a cat? Or, perhaps, get offended by our drunk Italian accents? Do homosexual vulcans go through Pon Farr?

You thought the suspense in finding out who shot Phil on Eastenders was rough? Well, nothing will be as suspenseful as waiting to find out who we cast as Danny Byrd.

Well, this episode didn’t lend well to our format of a show so let’s just move on, shall we?!