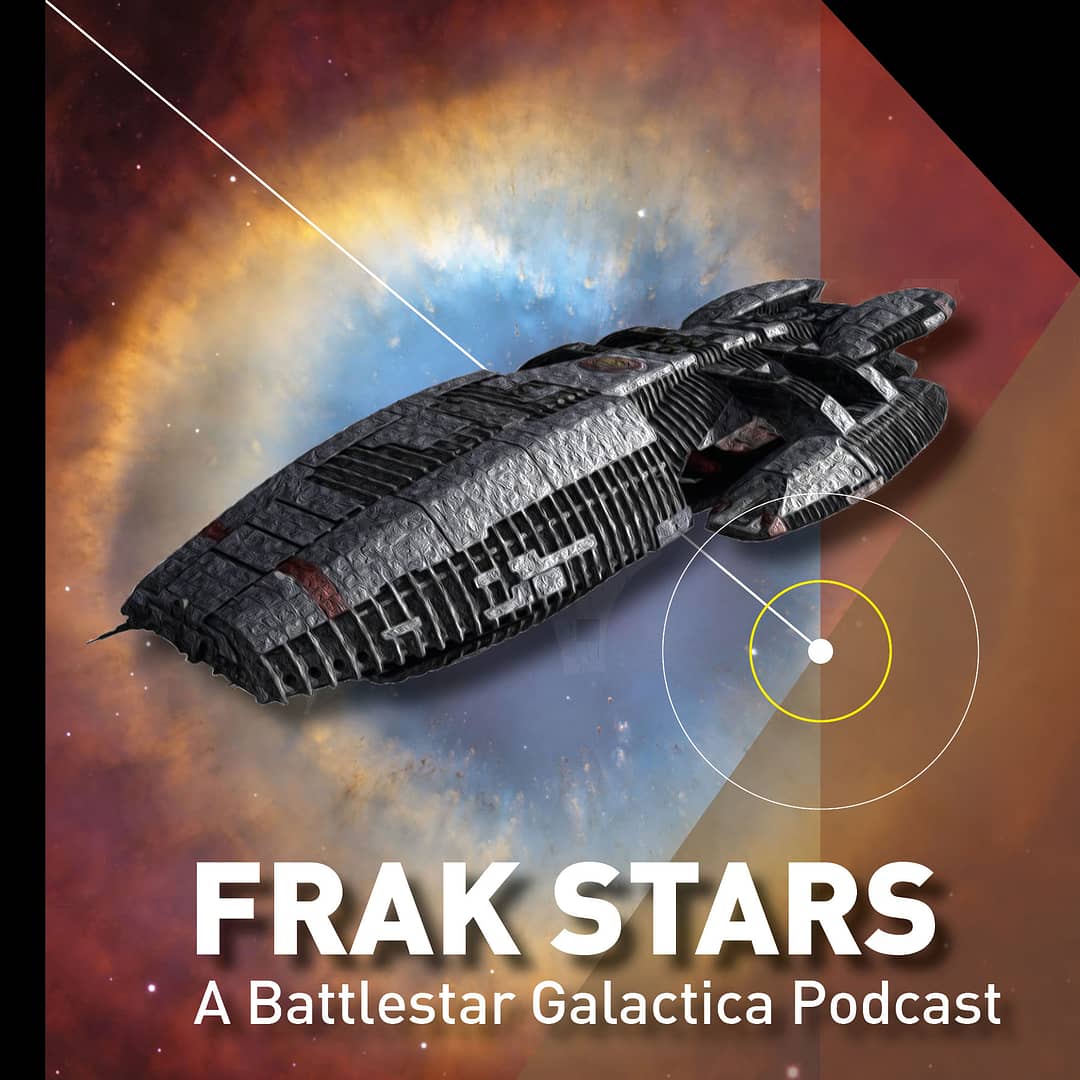 Frak Stars will provide a comprehensive review of all things Battlestar Galactica.

We will delve into episode reviews, characters, ships, the Cylons, Blood and Chrome, Caprica, religion, politics and more.

So join them on their voyage and pray that no Cylons try to stop them.

Personal circumstances of the Frak Stars crew resulted in an extended hiatus from 2016, but the show shall return in 2022. 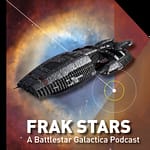 Jump 30: Scar May 10, 2016 - Colin Higgins, Steve Roberts and Drogyn review the Battlestar Galactica episode 'Scar' (season 2, episode 15). So turn on your Colonial Wireless to find out what our nuggets think of… END_OF_DOCUMENT_TOKEN_TO_BE_REPLACED

Jump 27: Resurrection Ship March 29, 2016 - In this episode of Frak Stars, Colin Higgins, Steve Roberts and Drogyn discuss the episodes "Resurrection Ship" parts 1 and 2 (season 2, episodes 11 and 12). So turn on… END_OF_DOCUMENT_TOKEN_TO_BE_REPLACED

Jump 26: Pegasus February 23, 2016 - In this episode of Frak Stars, Steve Roberts, Xander Hayes and Drogyn discuss the episode "Pegasus" (season 2, episode 10) where we first meet Admiral Cain and her crew on… END_OF_DOCUMENT_TOKEN_TO_BE_REPLACED

Jump 22: The Farm June 7, 2015 - Colin Higgins, Steve Roberts and Drogyn discuss the Battlestar Galactica episode The Farm (season 2, episode 7), so turn on your Colonial Wireless to find out what our nuggets think… END_OF_DOCUMENT_TOKEN_TO_BE_REPLACED