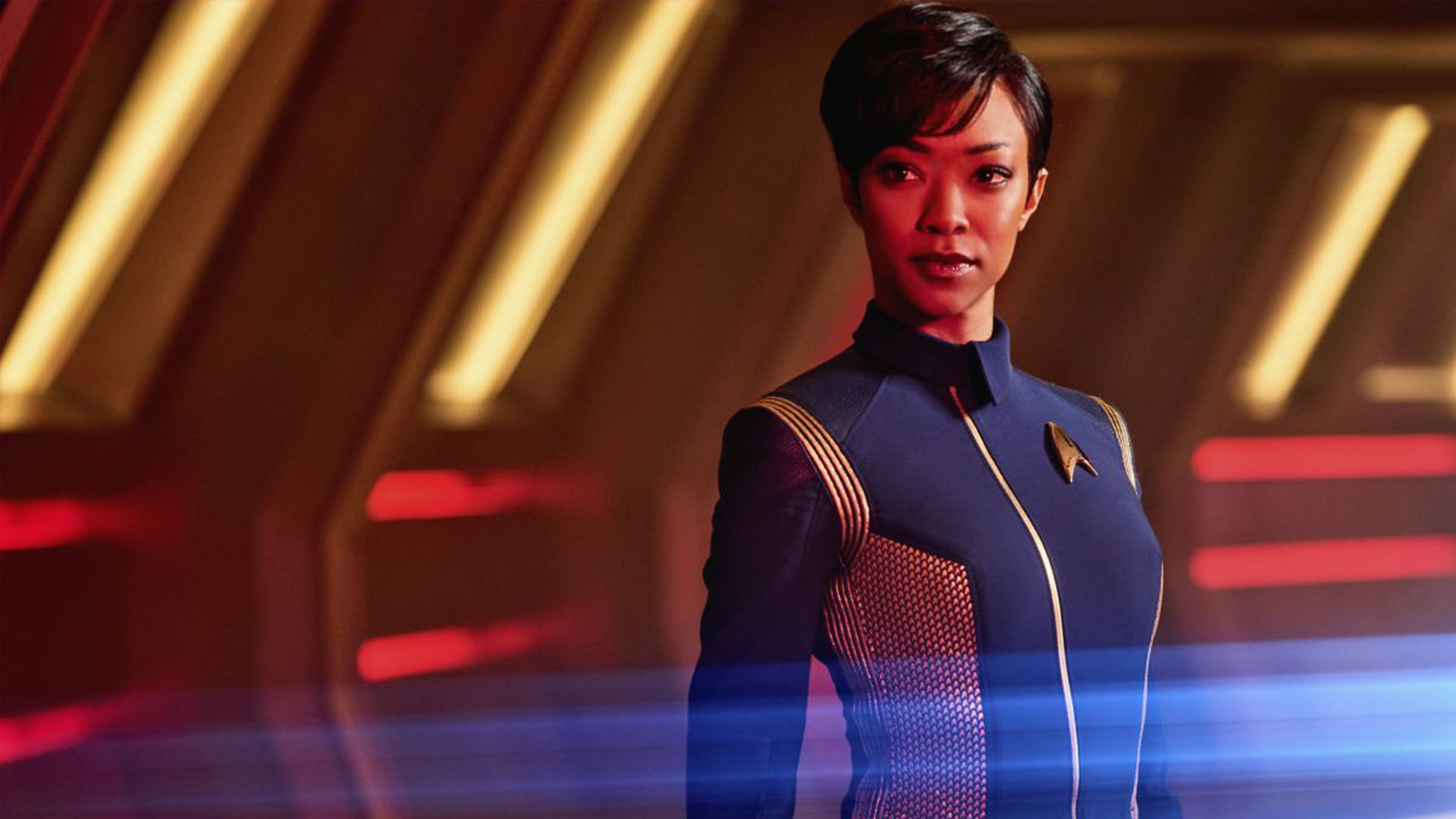 Listen to Janine Engelbrecht’s session at the 2021 IDIC Podcast festival, hosted by Women at Warp, 17th-18th July 2021. Janine discusses Michael Burnham, from Star Trek: Discovery, and carries out an intersectional analysis of her.

Janine welcomes everyone and thanks Women at Warp for hosting her show at the IDIC festival. She also gives some background on herself and her research.

Janine explores some of Burnham’s flashbacks in season 2 of Discovery. She explains further how these flashbacks help to show that Burnham is a complex and intersectional character.

She also touches on the fact that Burnham brings Emperor Georgiou back to the Prime Universe. Janine mentions the significance of the 930 years jump into the future on Burnham’s character.

The next topic Janine discusses is the post-network serial structure of Discovery. She then traces the ways in which this contributes to Burnham’s intersectionality.

Janine then goes on to a discussion of Burnham’s three mother figures. As Janine explains, they are Gabriel Burnham, Amanda Greyson and Phillipa Georgiou. She goes on to explain how they contribute to Burnham’s intersectional status.

Janine recaps the ways in which each of these three mothers have intersectional identities. Janine recaps some of Gabrielle Burnham’s appearances first. She then explains the impact Amanda Greyson had on Burnham’s humanity.

Janine finally explores the complex relationship between Burnham and Emperor Georgiou. She first mentions the significance of the Mirror Universe in Discovery. Janine then goes on to explain how Emperor Georgiou, in her capacity as a mother, contributes to Burnham’s intersectionality.

Janine goes into Michael Burnham as a fourth wave feminist sci-fi heroism. She comments on the fact that Burnham is desexualized and has a unisex name.

She links this to second wave feminism too and lists other sci-fi heroines like Burnham. Janine then goes into a few other aspects of Burnham too, like her emotionalism and rise to captaincy.

Janine spends the rest of the session answering questions from viewers.

Janine thanks Women at Warp and wraps up with the Vulcan greeting.