This week on the Tribbles in Ecstasy Podcast the crew discuss the gaming events and news from Star Trek Online and Star Trek Timelines. Afterwards the team also talk about all the other latest Star Trek and Unoffical Star Trek Production news and more.

The topics discussed this week are:

Help a friend of the Community:

Please help friend of the show and fellow Star Trek Online player and podcaster Mav with donations to support his recovery with his current health situation here: http://www.gofundme.com/tomsrecovery.

View the links mentioned in the this show.

There was no episode reviewed this week.

Our next mission we will review is:
Title: Cold Horizons
Faction: Federation
Author: nak3dsnake
Why not give it a play and send us your review? We’ll read it out on the show!

You can discuss this episode my posting to any of our social media pages below, by emailing us or by commenting on our official post on the STO forums Media Corp area.

Find us on Social Networks:

Find us on Stitcher and iTunes
This show is also Syndicated on Subspace Radio and TrekRadio.net

About Tribbles in Ecstasy

Tribbles in Ecstasy is a Community based weekly talk show sponsored by HolosuiteMedia.com. Be sure to tune in Fridays from 8pm EST on twitch.tv/holosuitemedia for our live show and you can listen to our audio remastered shows on Holosuite Media and on iTunes a couple of days later. So take a listen as we discuss our love of Star Trek and STO in a casual and friendly atmosphere. 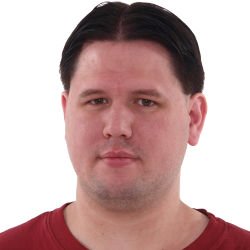 In real life Steve works full time in IT providing desktop support, creating web sites, databases and anything else that that needs an IT solution!

Latest posts by MidNiteShadow7 (see all)